Ruse Municipality is located in Norhteastern Bulgaria, situated on the high right bank of the most international river in the world – Danube. As the fifth largest city in the country and the largest port city on the Danube coast in Bulgaria, Ruse is a dynamic centre of economic life, a major transport hub and a lively cultural centre. The city of Ruse is also a centre of the North Central Planning Region, Ruse District and Ruse Municipality.

Undoubtedly the competitive advantage of Ruse Municipality is its strategic location. Being part of the Danube macro-region favours its socio-economic development. Ruse Municipality can be accessed via all modes of transport. Ruse is at the cross-roads of two Pan-European corridors: №9 (connecting Northern to Southern Europe, Baltic Sea to the Mediterranean Sea) and №7 (turning the Danube into an intercontinental link between Eastern and Western Europe). The intersection of the two transport corridors near Ruse places the region on the map of the Trans-European Transport Network (TEN-T) and creates excellent prerequisites for development of transport and transport infrastructure. Transport corridor Europe-Caucasus-Asia, known as TRACECA, also passes through here.

In the context of Bulgaria's and Romania's membership in the European Union, Ruse is becoming a city-leader in the field of cross-border cooperation, creating a new dynamics of the processes in the Bulgarian-Romanian cross-border region. The state border with Romania, which for many years has been a dividing line, is now a link that offers huge potential for developing new economic partnerships, sectors and markets.

Here is situated the first and until recently the only bridge between Bulgaria and Romania – Danube Bridge, designed for road and rail transport. Ruse and the town of Giurgiu, located on the opposite bank, have a joint long-term masterplan for development, and their common border connects them with 10 other European countries and 4 Danube capitals. About 70 km away from Ruse, on a first-class road, one reaches the Romanian capital Bucharest, with a population of over 2 million people. Being part of the cross-border agglomeration Ruse-Giurgiu-Bucharest and its multimillion market determines the investment attractiveness of the region.

The road network in Ruse Municipality is evenly distributed and in good condition. A highway between Ruse and Veliko Tarnovo is in the course of construction, which will connect the region with the “Hemus” highway. All settlements in the Municipality are served by public transport.

The rail infrastructure is well developed. The railway lines Ruse-Varna (link between the Danube and the Black Sea) and Ruse-Gorna Oryahovitsa (crossing point of all major railway lines in Northern Bulgaria) are of primary importance for the economic connectivity. For its part, the railway transport in Ruse is of strategic importance for the combined transport of corridors №7 and №9. In addition to the central passenger station, there are two railway yards, a depot and three freight stations which serve the industrial zones in Ruse.

Ruse Port is the largest Bulgarian port in the Bulgarian section of the Danube River. It is a developed multimodal centre, with opportunities for combining water, road and rail transport. Ports and port terminals with national, regional and specialised function are situated on the coastline of Ruse, which stretches from km 505 to km 480. Ruse Port has three terminals: East, Centre (passenger terminal) and West.

Seventeen kilometres away from Ruse, near the village of Shtraklevo, is situated Ruse Airport. Since 2015 it is owned by Ruse Municipality, and since 2016 it has a license for flying field for small aircrafts. 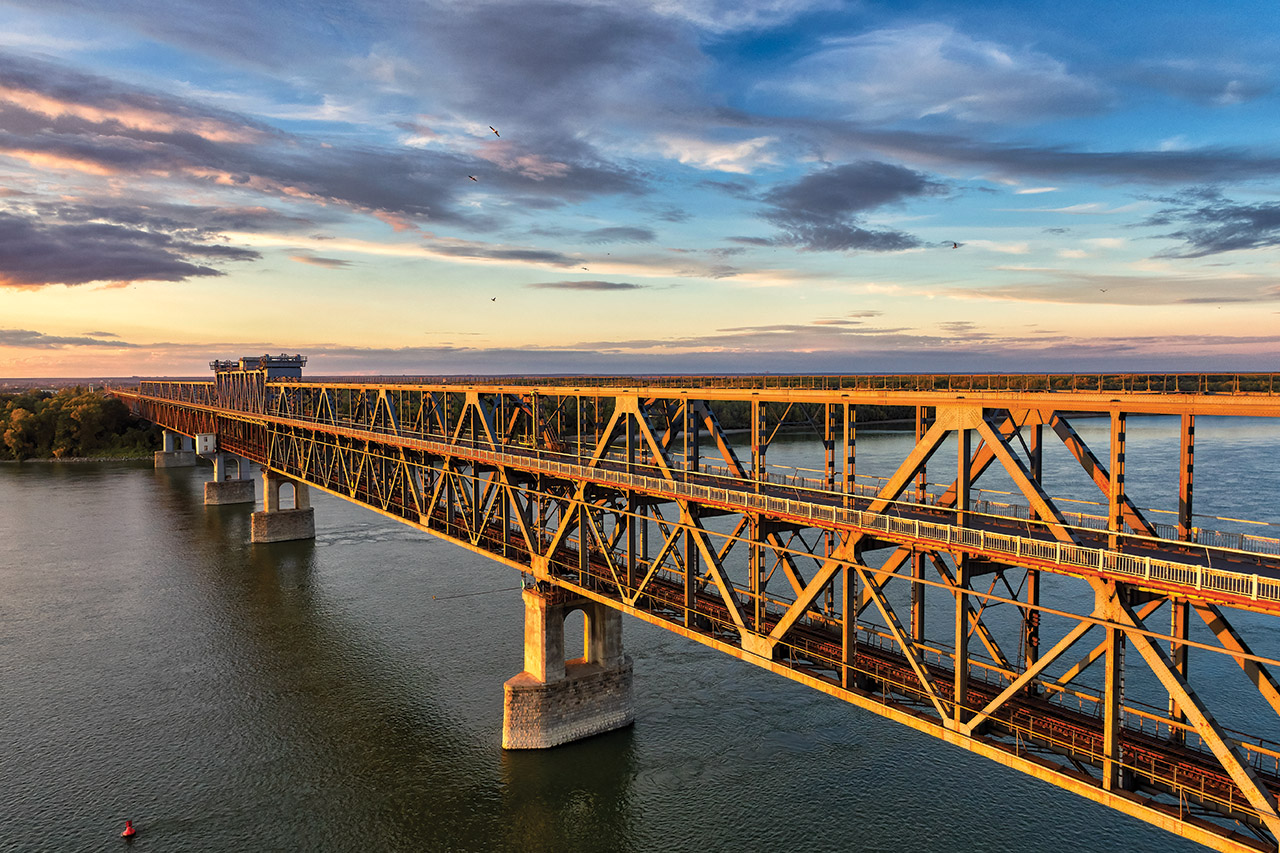